If Ignorance is bliss…

I have a confession…most waking moments of my life, I am always to some extent…Ignorant.

Ignorant to my own fortunate circumstances, to other people’s feelings, to love, and worst of all, Ignorant to the wonders of this world and everything life has to offer. I believe you probably may be too….sometimes at least.

Ignorant people it seems have been around for centuries, and as a concept it has evolved from something considered a taboo to now almost being idealised in parts of the world. Justifying it’s presence via the famous Thomas Gray quote “Ignorance is bliss” from the Ode on a Distant Prospect of Eton College. Well times have changed since 1751, as have people’s ideas of Bliss (for the better I believe).

During the time of Buddha Ignorance was referred to as “Avidya”  and was one of the three poisons which kept a human being trapped in “Samsara” (repeating cycles of birth & death) and was held in the same regard as the word delusional. I am thus wishfully hoping I come back as the next Cristiano Ronaldo if that is the case (as you can see – I am clearly delusional too). 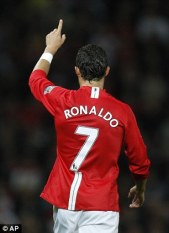 The problem I have is that most of the time I’m Ignorant to my own Ignorance. I think that is what makes this state of mind such an anomaly and thus unbearably difficult to overcome. You don’t really know when it is happening, unless you are super-humanly self aware.

Ignorance has many forms, and disguises itself in all corners of our lives to which ever degree we allow it to manoeuvre. A few obvious examples might be….

Supporting a political figure without considering their involvement in past barbaric atrocities (Modi) , wasting an entire concert to take the perfect Instagram instead of feeling the atmosphere and the music, never seeing the flirtatious look that girl in marketing is giving you because your so engrossed in your own thoughts and concerns.

Sometimes I think these more subtle forms of Ignorance can be resolved by simply looking up and paying attention, something we as a tech crazed society find so hard to do. It costs nothing, is so simple, and it could dramatically improve our lives.

The deeper form Ignorance takes is in limiting you to what you believe is your story, heck even your actual destiny. All those anxieties you have, all that fear, those doubts..are they really true? Or are you just being Ignorant to what you are capable of and who you can become?….Confucius said – “Real knowledge is to know the extent of one’s ignorance”. Sometimes I think the dreamers of this world, the Jobs, Gandhi’s & Lennon’s knew some secret we didn’t, but maybe they just weren’t ignorant enough to limit their love and dreams?

I don’t necessarily think we are born ignorant, it seems to me that as we grow older and apparently become “wiser“, that ignorance really begins to get out of control. In some way it as an unavoidable by-product of personality and ego development, becoming a catch 22, you can’t have a personality without having some inherent form of ignorance accompanying it. Maybe when we reach old age, everything will become clear and the ignorance will dissipate along with our bladder control (not sure I’m too keen if so).

I have for now found one useful tactic which helps me slowly tread away from my ignorant habits…gratefulness (maybe this is where the bliss comes in). It’s a powerful emotion which can instantly bring you back into a moment and cut your ego down to size. However it takes concious effort, which unfortunately ignorance does not. But be careful, once you start on this path there is no going back…or hey.. maybe I’m just being Ignorant.

“Freedom is not the absence of commitments, but the ability to choose — and commit myself to — what is best for me.”  – Paulo Coelho

Over the past few months I have been struggling with the importance of commitment and people around me think I have developed an inability to carry out the aforementioned act. This has been based on decisions of my personal life as well as professional, quitting my job again and being left by several woman due to my aversion to the “relationship conversation”. From the outside I could be being viewed as being an ungrateful, typical millennial child, acting irresponsibly without a care, but you would be doing me an injustice to make such a judgement of my disposition.

Following my travels and unique experiences over the past two years, I have discovered a strong sense of belief and confidence in my ability to face any challenge presented to me. This can be troubling for those around me to comprehend due to the repressive culture which we have been brought up in, where conforming is the norm and playing down one’s ability is seen as borne from humility rather than fear. I made up my mind or maybe a “commitment”, that I don’t just want to live a comfortable sensible life, I want to live with passion bursting from my soul and sleep every day knowing I lived to my most authentic self, not an easy feat to achieve by any means, but damn it I am going to try.

I have found solace in this quote from The Zahir in doubtful moments, that I am in fact only being more selective with my commitments because I understand myself, rather than developing some sort of inherent phobia. This level of understanding possibly not a luxury afforded to my previous generations due to socio-economic climates. You see,  I believe, to fully commit to anything, be it work, another person, a life goal, you must first know who you are as a person and what imprint you wish to leave upon this world in the short time you have.

At this current point of world history, people in developed countries have never had as many choices which we currently have. Whether this be in what career to follow, who to love, what friends you want or the hobbies you wish to undertake. All this choice can lead to a state of analysis paralysis with the result being a life of indecisiveness and lack of substance. The only way this can be avoided is if we make discovering our authentic selves the highest priority in our lives rather than an afterthought which has been the unfortunate case for many of us.

In a survey done by the guardian on people on their deathbeds as to what their biggest regret was, one of the top responses was “never living a life true to themselves”.

I do not plan to make such a mistake. That is my commitment.